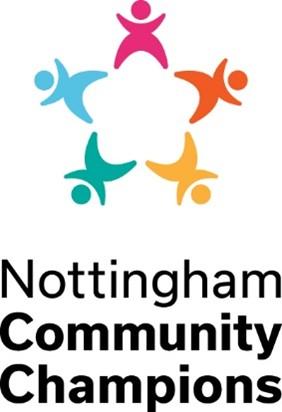 From Community Champion to Volunteer Coordinator

We interviewed our new colleague, Ebenezer, to learn about his volunteer journey and how he came to work with NCVS

Ebenezer first saw an article about the Community Champions Volunteer role with the Majority Black Led Churches (MBLC) project run by NCVS. He was particularly interested in the work the project was doing to engage with Black communities about Covid-19 vaccination misconceptions and misinformation and to support greater take up across this community.

This was close to his heart as he contracted Covid-19 whilst in Nigeria and has experienced first-hand the cost to his health through this. Ebenezer told us that many Africans do not believe in Covid-19 and people do not take precautions such as washing hands and wearing face masks.

During his volunteering at NCVS the paid post of MBLC Volunteer Coordinator became vacant and he felt that he had gained the skills to apply for the job. Many of these skills came from his volunteering with the MBLC project. He knew many of the church groups and Pastors and was confident in talking to the local communities using his personal knowledge of how Covid-19 can have a dramatic effect on health and well-being. He had found that people from the Black communities trusted him and would listen to him and he was eager to continue this feeling he could add more value.

Ebenezer was successful and is now in post and making a difference to the local community.

He says, “I knew what the challenges to not taking up the vaccine were and was able to add confidence to the people I spoke to – they listened to me.”

Ebenezer is originally from the western part of Nigeria and came to the UK in September 2021 to do a Master’s Programme in nutrition at the University of Nottingham, which he will complete in September 2022. This is Ebenezer’s first time in the UK. He told us that the hardest thing (apart from the British weather) is learning British Culture, British ways and adapting to the language.

He is planning to further his learning by doing a PhD level programme in nutrition. After this he plans to return to his home country where he can apply knowledge and learning to tackle some of the nutritional issues in Nigeria.

Ebenezer has an interest in nutrition and was keen to support campaigns in Nigeria promoting healthy eating and nutrition. He joined a campaign in Lagos States Nigeria supporting the inclusion of Vitamin A into flour, a recognised deficiency in many African diets.

Ebenezer has always loved travelling. He has travelled widely across Nigeria as well to other places such as Ghana and the Benin Republic. He loves meeting new people and making connections with other cultures. He also enjoys reading in his spare time.

His volunteering experience really helped him to integrate into the British culture and local community and, as well as being able to practice his English speaking, he has gained confidence personally and in relation to work skills. He has made new friendships and is meeting new people.